Smelter Mountain Boys have become known in the Four Corners area for traditional bluegrass with tight instrumentation and high vocal harmonies since their founding in 2018. It’s a bit of North Carolina meets Colorado with Corey Clark bringing an extensive catalog of bluegrass favorites and standards he learned in bluegrass’ birthplace. He’s backed up by some Colorado boys that have grown up around the campground and festivals and jam circles of the Rocky Mountains; Steve Labowskie on bass and vocals, Pete Donahue on mandolin and vocals who also well known in Durango’s punk rock scene and Eli Emmitt on lead guitar. Eli’s flatpicking skills were honed while learning the “family business” of Colorado style bluegrass and jamgrass (the last name might be familiar), he is also a jazz guitar student at Fort Lewis College. 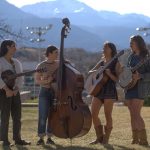 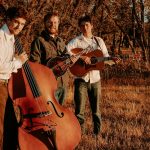